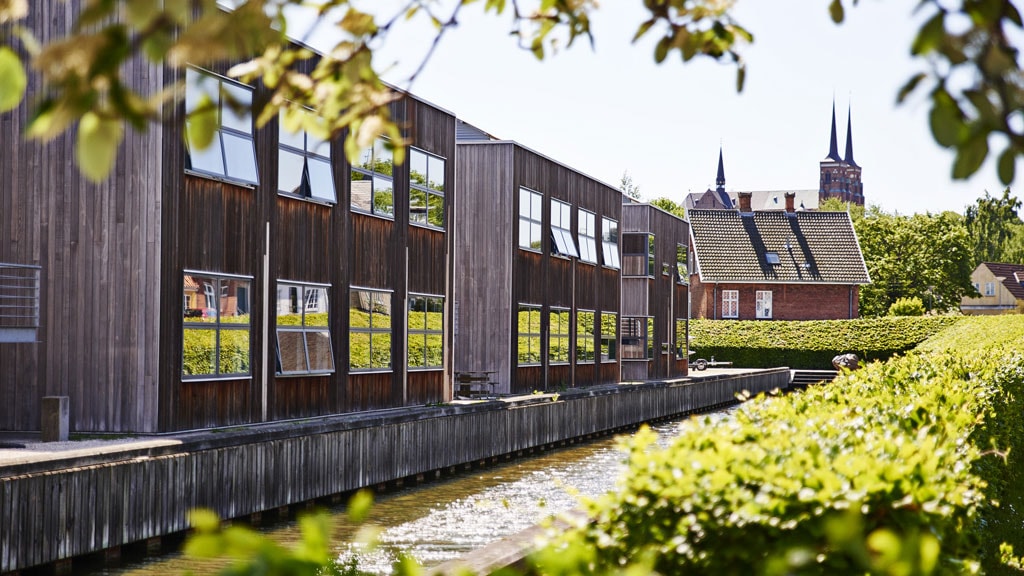 DANHOSTEL Roskilde Vandrerhjem is open ALL year - also at Christmas and New Years! Call or e-mail for further information. Roskilde houses some of the country’s most distinguished sights, such as the Cathedral, the Viking ships, and the Land of Legends. Other charming sights include the old shops, small narrow squares, courtyards, and cafés. However, Roskilde is probably most well known for the giant rock festival, ‘the Roskilde Festival’. Roskilde a traffic junction, connected by railway to all of Zealand, Funen and Jutland. It is only a 30 min. trip to Copenhagen by car or train. The new DANHOSTEL Roskilde is situated in the unique harbour environment in Roskilde, close to green areas and parks. Usefull Links: